I built this up after doing my red Montello >>>

This time round I was after a bike with original cromovelato finish, full rear triangle in chrome and chromed lugs. It took 3 years of searching to find this one in my size. When I found it on German eBay I ended up having to fly to Berlin to collect it as the seller would not post… anyway it was worth it.

I am pleased with the way it has come out and there are a few chosen deviations.

– All the black rubbers on the brakes have been subbed for original white from a C Record Group
– The usual black cable housing for a 50th set has been replaced with NOS C Record housings
– The gold 50th brake nuts have been subbed for Cobalto nuts; but not the standard nuts as they have a very dark green/blue colour; these ones came with the bike and clearly back in the day the owner has changed the colour of the “jewels” in the nuts
– I have used a panto’ed PINARELLO C Record seat post in place of the 50th one; just because I think it looks nicer
– I have used a special NOS 50th decal over the standard one
– I have used a 50th panto’ed stem which I have repainted in a blue to match the frame
– The gum hoods have been replaced with NOS white hoods

Winner of the RetroBike Bike of the Month Competition >>> 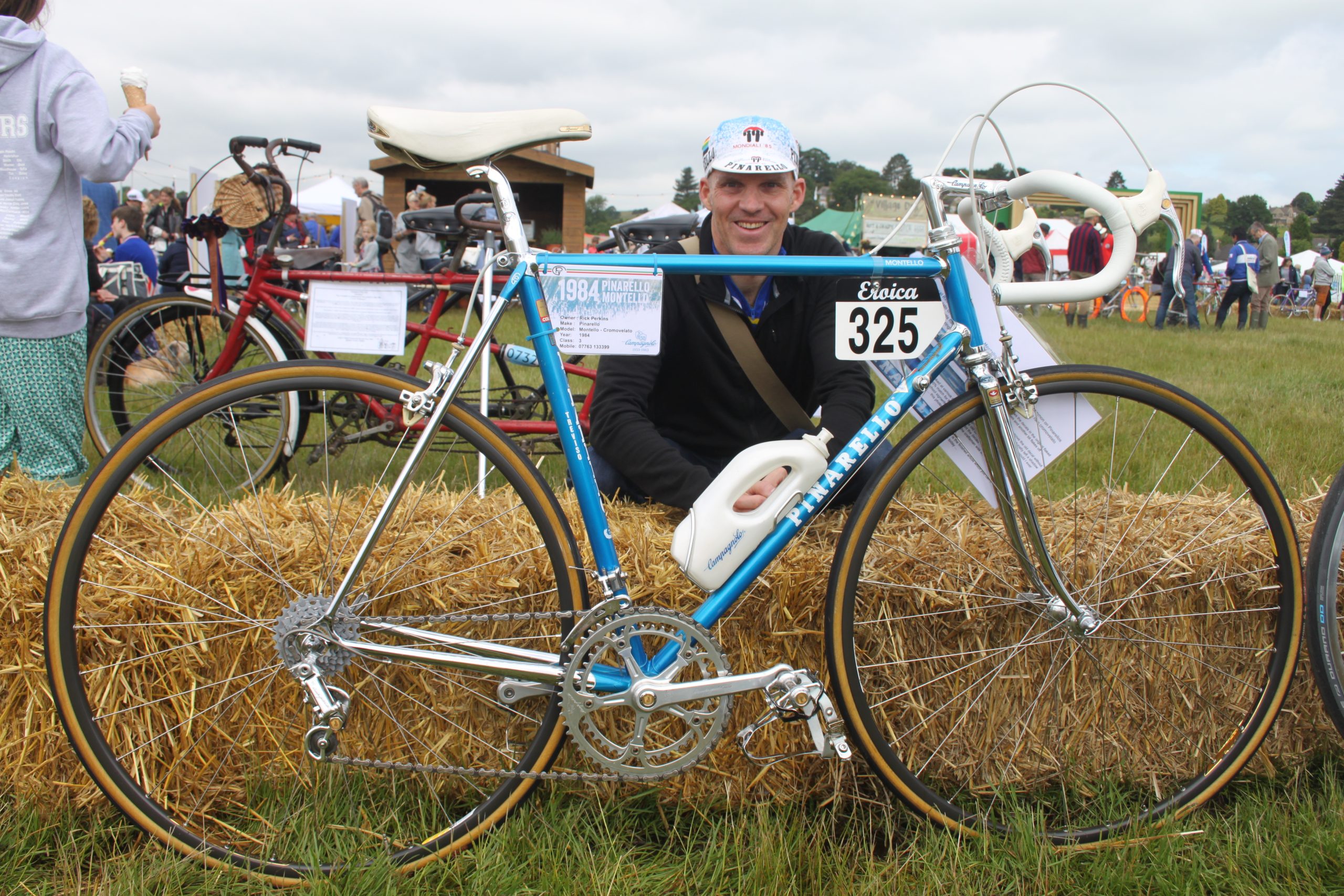 Click any of the below images for a bigger one ….